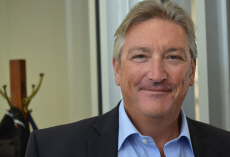 “Canada must not allow the U.S. to use artificial deadlines, threats and ultimatums to affect the course of NAFTA negotiations. I urge Canadian negotiators to instead stay focused on improving the lives of working people and crafting a fairer NAFTA.

“It is imperative that our government gets it right when it comes to workers’ rights. As things stand, we have grave concerns regarding the enforceability of the labour chapter. There is no point in having labour chapter in NAFTA without trade sanctions to back it up.

“Weak labour laws unfairly subsidize corporations by artificially reducing wages and working conditions. NAFTA countries should compete on the basis of productivity, not labour costs. We must end trade deals that lead to a race to the bottom.

“Dairy market access must also not be on the table. Canada has already handicapped itself in bad trade agreements like the CPTPP by giving market access to foreign multinationals, at the expense of Canadian farmers and workers.

“It is wrong to compromise our food security, our rural communities, our farmers and our dairy processors just to save a few pennies on milk.

“Canada and the U.S. are each other’s most important trading partners and biggest export markets – not China, not Mexico. The U.S. enjoys a US$8.4 billion trade surplus with Canada. Millions of jobs on both sides of the border depend on a stable trade relationship between both countries.

“Threats and bad policy must not be allowed to affect people’s livelihoods. That is why I can only hope that Canadian negotiators are serious when they say that no deal is better than a bad deal.”