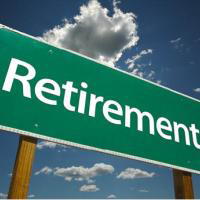 Updated August 24th 2018 - A Celebration of Life has been scheduled for Brother Holliday.

John's obituary has been posted on the funeral home website: http://www.fostermcgarvey.com/obituary-intro.php?id=1586

Also a reminder the GoFundMe memorial fund is still open, thank you all who donated so far we’re still trying to raise more money for Wendy and the family if your feeling generous here’s the link

In Memory of Brother John Holliday


August 2, 2018 – It is with great sadness that we learn of the recent passing of John Holliday, our friend and Union Brother. John recently retired after a long career at BC Rail and then CN.

He retired as TCRC General Chair, and was renowned for his passion and commitment to his co-workers and the Union movement in general.

The entire TCRC extends our deepest sympathy to the Holliday family.

The below story is from CBC. More information will be distributed as it becomes available.

CBC News · Posted: Aug 01, 2018 7:02 PM CT - The body of a man who had been reported missing from Tuktoyaktuk has been found, according to the RCMP. Const. Robert Frizzell told CBC that RCMP and local search and rescue found John Holliday's body in the harbour around lunch time on Thursday and he was pronounced dead at the scene.

The coroner is sending his body south for an autopsy, Frizzell said. ​

RCMP in the Northwest Territories had organized a search for Holliday, who had last been seen in the Tuktoyaktuk area early on Wednesday.

Holliday was camping with his family at an area known locally as The Point.

Next of kin has been notified and were involved in the search, Frizzell said.

The RCMP is investigating, but said there is nothing about the death that seems suspicious at this point.

The search was conducted with help from the hamlet, the Tuktoyaktuk Search and Rescue Society, volunteers, and Great Slave Helicopters.

This was the second death in the water confirmed in the N.W.T. on Thursday. Earlier in the day, RCMP confirmed that a missing Behchoko man's body was found Wednesday night in Marion Lake.