We express our deepest sympathies to the Hucker family 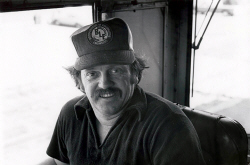 Brother Hucker had worked his way through the BLE officer ranks beginning in Thunder Bay as a Local Chair, then moving to Calgary as General Chair for Locomotive Engineers CP West. His success as a General Chair led to his election as International Vice President and Legislative Representative for IBLE and due to his strong work ethic and dedication he was re-elected numerous times.

Coinciding with the historical Merger between the IBLE and IBT, and the formation of the TCRC in Canada as part of Teamsters Canada, Brother Hucker had the honour of being the very first TCRC Vice President and National Legislative Director and was instrumental in the formation of the TCRC and the successful merging of the railway running trades crafts throughout Canada. Brother Hucker completed his long and exemplary Union career at the inaugural TCRC 2006 Convention and retired at that time. 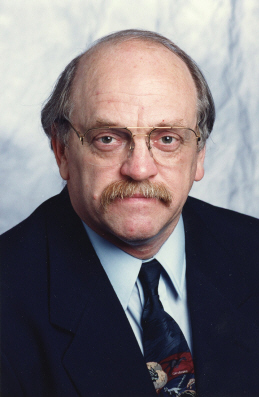 It is through the hard work of Brother Hucker that so many of our Union Sisters and Brothers received the highest level of representation, and we all are a little bit better off because of the work of Brother Hucker and his dedication to the Union and to the Union membership. George made many, many friends and was not afraid to be confrontational if that is what it took to get the job done for the members. His unique slang and his epic stories are legendary and many of our current officers remember “Hucker stories” and recall how unique George was in so many ways. There will never be another George Hucker, and collectively we wish to commemorate his contribution to so many Union members lives, and together mourn his passing.

We express our deepest sympathies to the Hucker family at this time of sadness.  At this time we are not aware of funeral service details, however will share them as soon as they become available.