Laval, QC, January 22, 2019 – Teamsters are disappointed that the new food guide minimizes the role of milk products. Milk and dairy products can be a healthy part of any diet. Moreover, the evidence that went into the new food guide comes disproportionately from U.S. government dietary guidelines, which have been deemed to “lack scientific rigour” by the National Academies of Science. 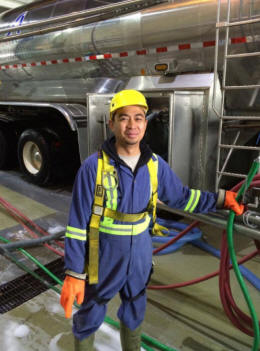 “Nobody will convince me that dairy products can’t be part of a healthy diet,” said François Laporte, president of Teamsters Canada, a union representing 5,000 dairy workers and 125,000 workers overall in Canada. “The new food guide only shows how unreliable the government is when it comes to nutrition advice.”

According to Canadian Clinicians for Therapeutic Nutrition (CCTN), a not for profit group of Canadian physicians and health professionals, dairy products are often vilified due to their saturated fat content. But worldwide experts (including the Heart and Stroke Foundation of Canada) agree there is no evidence to back that up. The CCTN says that much research has been published recently showing that saturated fat is either neutral or beneficial to health.

Health Canada has itself recognized dairy products play a role in reducing heart disease, type 2 diabetes and colorectal cancer. The evidence to that effect is just as strong, if not stronger, than it is for fruits and vegetables and other parts of a plant-based diet.

Finally, in making the new food guide, the Canadian government did not conduct a primary review of nutritional evidence, as Canadians rightfully deserve. The new food guide instead relies heavily on information from the U.S. government, which is very susceptible to lobbying from special interest groups

“If the government is going to issue guidelines minimizing milk, which could affect our health and the thousands of people employed in the dairy industry, I would at least expect that they be based on scientific evidence. That does not seem to be the case,” said Paul Barton, director of the Teamsters Canada Dairy Division.