Laval, Qc, September 16, 2018 – One member of the Teamsters Canada Rail Conference (TCRC) died and another was taken to hospital in critical condition following a train derailment on the Hudson Bay Railway.

Our thoughts are with the friends, families, and coworkers 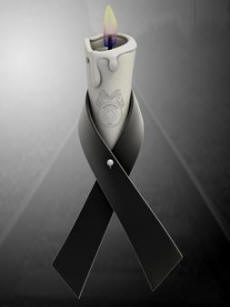 “Our thoughts are with the friends, families, and coworkers of the two men involved in this tragic accident,” said Doug Finnson, President of the TCRC. “As we mourn the loss of one of our Teamster brothers, we are also praying for the recovery of the man who remains in hospital at this time.”

The derailment occurred in the evening of Saturday, September 15 near Ponton, Manitoba. The TCRC is actively monitoring the situation and has written to the Arctic Gateway Group, which owns the Hudson Bay Railway, to request to be made aware of developments as they arise.

The cause of the derailment remains unknown at this early stage. The TCRC intends to fully cooperate with any investigation by the employer or the Transportation Safety Board.

The victims’ names will not be released by the TCRC out of respect for their loved ones.

Teamsters represent locomotive engineers and conductors who operate on the Hudson Bay Railway.