Teamsters at CN Could Strike as Early as November 19

By Teamsters Canada  - Montréal, October 28, 2019 – Members of the Teamsters Canada Rail Conference (TCRC) at Canadian National (CN) could go on strike as early as Tuesday, November 19 at 0001. 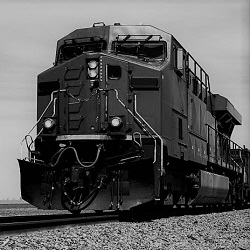 Approximately 3000 conductors, trainpersons and yardpersons voted 99.2% in favour of strike action last month. The union will give at least 72 hours’ notice of any strike action.

“We will continue to negotiate in good faith with Canadian National in hopes of reaching a negotiated settlement. To that end, we will not be bargaining in the press or discussing the sticking points publicly at this time,” explained the president of the TCRC, Lyndon Isaak.

The legally mandated conciliation period ended on Friday, October 25. The union and the company have been in negotiations for six months and have been working with federal mediators for the past four.

The next round of talks with the company and federal mediators is set for November 12.

Teamsters represent 125,000 workers across Canada, including over 16,000 workers in the rail industry. The International Brotherhood of Teamsters, with which Teamsters Canada is affiliated, has 1.4 million members in North America.