Proposal to enhance fatigue management in the rail sector

News Release From Transport Canada, November 7, 2017 - Ottawa: Canadians deserve the safest transportation system possible. They should be confident that people working in the rail sector are ready for duty and well-rested. 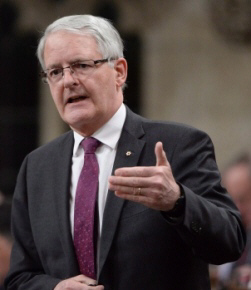 Today, the Honourable Marc Garneau, Minister of Transport, announced a first step towards addressing fatigue management in the rail industry. Fatigue is common in the 24/7 railway transportation industry, where employees are subject to shiftwork, disruptive schedules and long hours.

A Notice of Intent will be published in the Canada Gazette, Part I to outline a proposed approach to incorporate up-to-date fatigue science in current requirements and further strengthen Canada’s safety regime.

Canadians, railway workers and anyone with a vested interest in rail safety are encouraged to provide comments following the publication of the Notice of Intent.

This initiative follows Transport Canada’s continued work to address rail fatigue and the Minister’s commitment following the recommendations of the Standing Committee on Transport, Infrastructure and Communities in their June 2016 report: An Update on Rail Safety.

“As Minister of Transport, rail safety is my top priority. My department is continuously working with stakeholders to make our railway system safer for all Canadians. That is why we propose to move forward with changes based on the latest scientific evidence in order to best protect railway operators, travellers and those living close to rail tracks.’’