Laval, November 3, 2016 – The Teamsters Union is satisfied with the measures proposed by Minister Marc Garneau, namely with respect to the environment and infrastructure. However, the Strategic Plan for the Future of Transportation in Canada does not directly meet the specific challenges facing rail transport workers and truckers, and the Teamsters will therefore be impatiently awaiting the detailed announcements in the coming months.

We are also satisfied with his commitment to protect workers’ right to privacy.

“We commend the Minister for his willingness to improve the railway system to make it more modern, efficient, and safe, namely through the implementation of voice and video recorders on trains,” points out François Laporte, President of Teamsters Canada. “We are also satisfied with his commitment to protect workers’ right to privacy.” 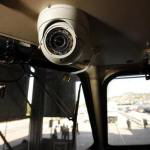 The Teamsters Union, which represents close to 12,000 railway workers, contends that only the Transportation Safety Board (TSB) should have access to recordings when an investigation is con-ducted following a derailment.

The Teamsters invite the Minister to focus on the major issue of fatigue management in the rail industry. In the rail transport sector, workers must too often stay awake for stretches of 18 to 20 hours and are constantly on call and must be ready to report to their supervisors at all times because of prevailingly unpredictable schedules. That poses an enormous challenge in terms of fatigue management. In fact, the TSB has officially recognized fatigue management as an issue in its 2016–2017 Watchlist.

Teamsters are frontline stakeholders in the trucking industry. The union represents tens of thou-sands of truck drivers, who are more than aware that their working conditions have deteriorated since the deregulation of the industry in the mid-1990s.

“Today, there's nothing easier than setting up a trucking company. Anyone and everyone can improvise, propose unreasonably low rates and force truckers to work in appalling conditions,” points out François Laporte. “This leads to a devaluation of the job and makes it difficult to recruit and retain qualified truckers.”

In a report released three years ago, the Conference Board of Canada estimated that the industry would need to hire up to 25,000 workers by 2020. The difficult and even precarious conditions that prevail in the industry will lead to shortages of qualified labour which in turn could hinder economic growth in several parts of the country seeing. It is common knowledge that most goods shipped in Canada end up being delivered by truck.

Fatigue management issues are also difficult among truckers. Studies indicate that 25% of truckers suffer from sleep apnea. Their rest periods must therefore be adjusted accordingly and research on circadian rhythms must also be taken into consideration when it comes to truck transport.

The Minister has promised to make more specific announcements in the coming months. Teamsters Canada has committed to working in close collaboration with the government to improve the transportation industry and protect the health and safety of the workers as well as the public as a whole.


The Teamsters Union represents 115,000 members in Canada in all industries, including 12,000 in the rail industry and 30,000 truckers. The International Brotherhood of Teamsters, with which Teamsters Canada is affiliated, has 1.4 million members in North America.